Telecommunication has become one of the major aspects of the life of people. Whether it is related to personal or professional, the use of telecom devices has positively affected the lives of people.

If we talk about the current times, you can send a message within microseconds to someone else who is living in any part of the world. However, you have to wait for days or months to send the same message to someone when telecommunication wasn’t advanced. Due to the advancements, different tools have been introduced along with the service providers.

If we talk about India, Telecommunication has become its major source of lifting the country's economy. Several outstanding Companies has introduced to provide next-level services, which is helping the population of India in several lucrative sections.

In the article, we are going to talk about the popular telecommunication companies of India. So without any further ado, let's start talking about it in the below section.

Reliance Jio InfoComm Limited which is the number one Telecommunications company in India has its headquarters situated in Maharashtra, India. The company was founded back on 15 February 2007, which makes it exist in India for almost 1 and a half-decade now.

In the initial stages, the company was introduced as Infotel broadband services Limited (IBSL). However, one of the richest personalities of India bought 95% of its share in June 2010, which cost them around US$1.2 billion at that time. Afterward, its name changed from IBSL to Reliance Jio.

The Interesting thing about Reliance Jio Telecommunication Company is that it has won the broadband spectrum in India for all of its 22 circles. Moreover, they won it in the 4G auction.

For the years 2020-21, the revenue of Reliance Jio has touched almost US$12 billion. Moreover, the net Income of this telecommunication company is around US$1.6 billion for the year 2020-21. Apart from that, the Total Assets of Reliance Jio are around US$40 billion.

The Current CEO of Reliance Jio is Akash Ambani, who is the Eldest son of the Indian business tycoon, Mr. Mukesh Ambani. Without any doubt, Reliance Jio is famous throughout the world due to the reasons that the Ambani family bought it.

The Ambani family has several worthful businesses in India and outside of it. They are considered the richest families in India, which also makes them popular personalities in India.

The second reliable and popular telecommunication company in India is Bharti Airtel Limited. Bharti Airtel has its operations available for around 18 countries that come in Africa and Asia. However, its headquarters is situated in the capital of India, which is New Delhi.

In terms of Subscribers, Bharti Airtel Limited comes among the top three telecommunication companies in India. While Reliance Jio doesn’t provide 2g and 3g services, Bharti Airtel has the edge of offering the 2G, 3G, and 4G services to all of its operated countries.

The Bharti Airel Limited was introduced back on 17 July 1995, which makes its existence in the world for more than 2 and a half decades.

For the year 2022, the expected revenue of Bharti Airtel Limited has scored to around US$15 billion. The Net income of this telecommunication company is recorded at $US 770million. However, the Total Assets of this company are around $US 48 billion.

Bharti Airtel Limited market shares are distributed among three individuals. Around 35.85% market share is of Bharti Enterprise, 31.7% is of SingTel, and 1.28% of its share holds by Google. As per the last research, almost 18,000 people are working in Bharti Airtel in all of its operational countries, which is amazing.

Gopal Vittal is an Indian business executive, who is well-known as the CEO of Bharti Airtel Limited. He has completed his Undergraduate and Master's Degrees both from India.

Around 270 million people have subscribed to the Vodafone services, which makes this company the 10th largest worldwide and third largest in India.

Vodafone Idea limited was founded in India back on 31 August 2018, which completes its 3 years in the country. Moreover, the headquarter of Vodafone idea limited is situated in Mumbai.

As per the current details, the Revenue, Net Income, and total assets of Vodafone Idea limited are not increasing but rapidly decreasing. Maybe it would stick to one place or get an increase in the future hopefully.

Ravinder Takkar is the Chief Executive officer (CEO) and Managing Director (MD) of Vodafone Idea Limited. Back on August 19, 2019, he was appointed as the CEO and MD after Balesh Sharma resigned from the post. Right now, he is still on the Seat and passionately offering the services for the company, which is amazing.

The fourth most popular Telecommunication company in India is BSNL. There is nothing wrong to say that BSNL is offering a comprehensive range of services as a telecom company in the country. Due to these reasons, it stands at the fourth spot for being the largest Telecommunication service in India.

The amazing thing about BSNL is that it’s a Telecommunication company owned by the Government of India. Its headquarter is situated in the capital of India, which is New Delhi. Back on October 1, 2009, the company was launched under the supervision of the Government of India. Since then, it’s offering reliable and stable telecommunication services. Both Internet and Mobile voice services are offered by BSNL to its customers in India.

In the year 2020-21, the total revenue recorded for BSNL is around US$2.4 billion. The net income of this company is around US$ 980 million; however, the Total Assets of the company are around US$18 billion.

The Chairman and MD of the BSNL Telecommunication company in India are Pravin Kumar Purwar. 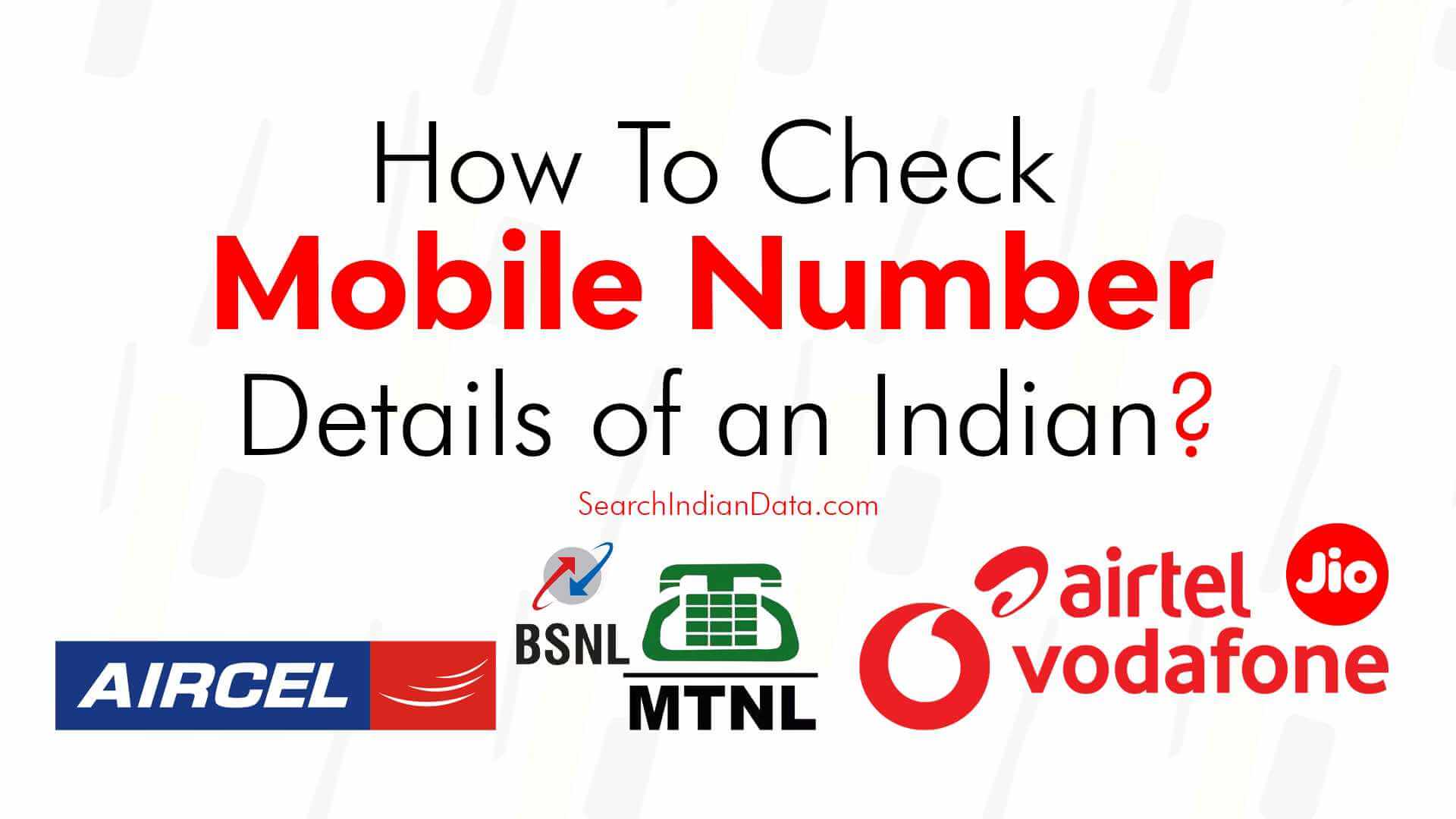 How To Check Mobile Number Details of an Indian?

Are you the one who is in need of checking out the personal mobile number details of any indian... 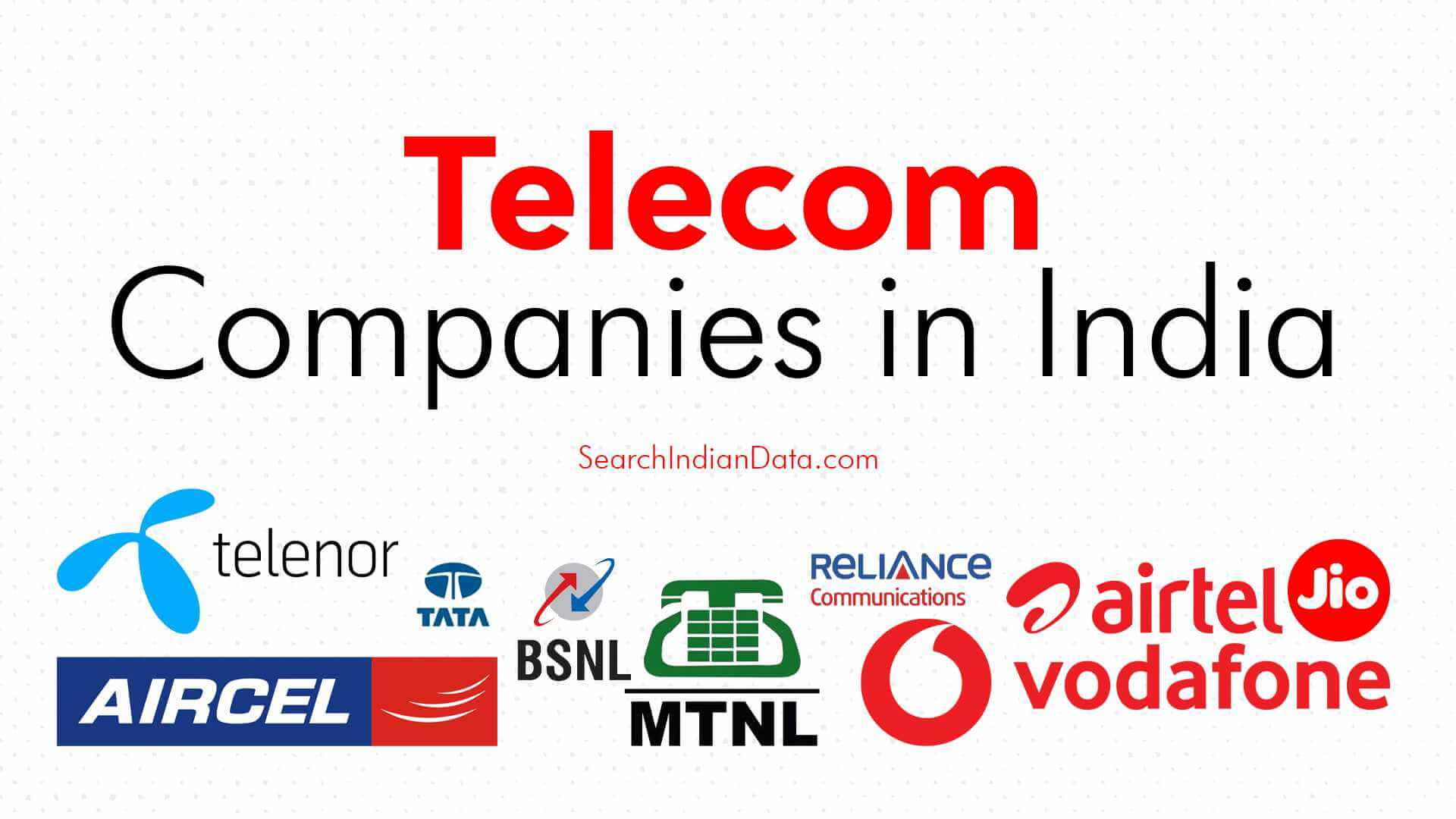 Telecommunication has become one of the major aspects of the life of people. Whether it is... 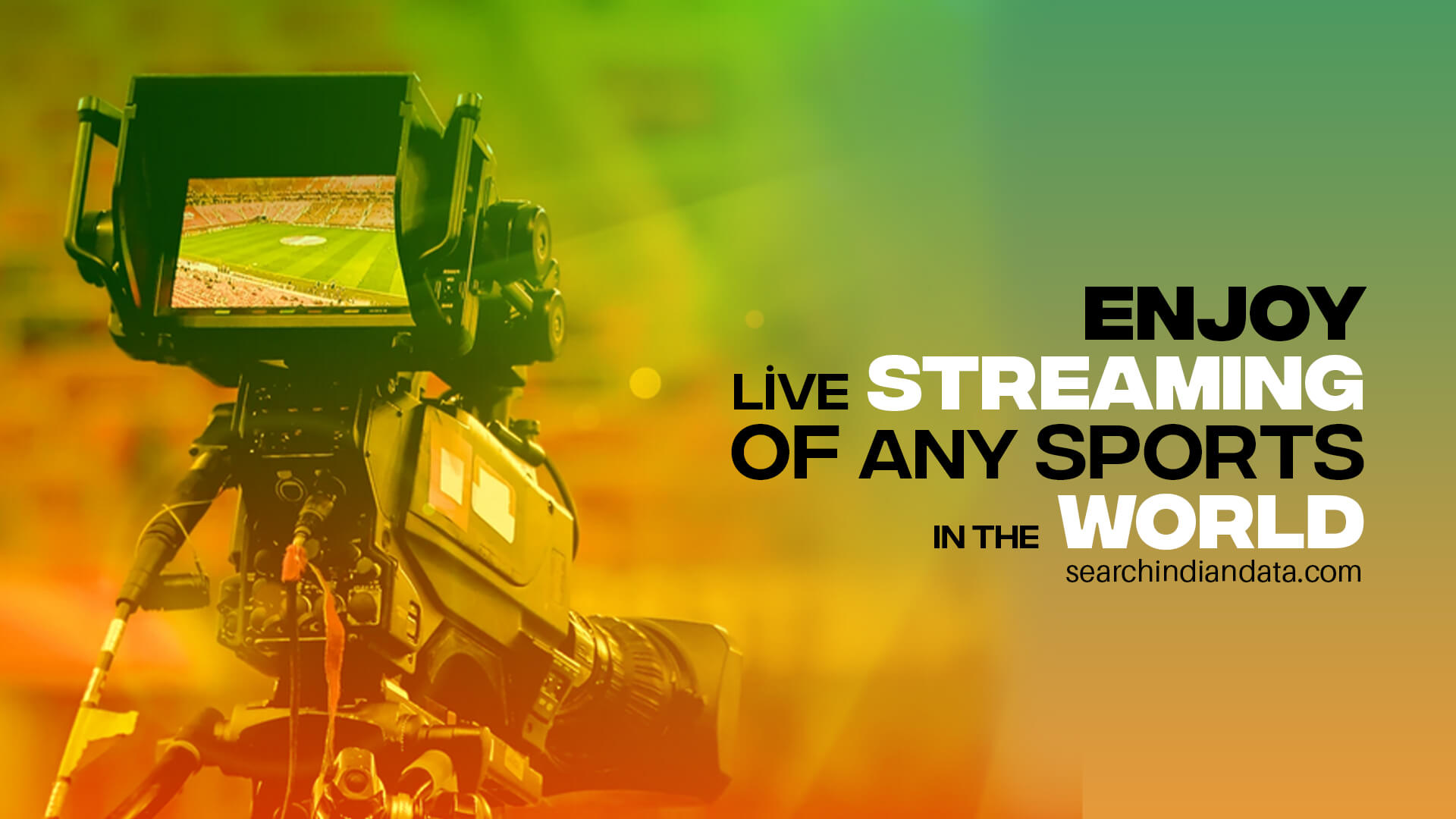 Enjoy Live Streaming of Any Sports in the World

Are you the one who loves to watch sports in your free time? If so, then you have come to the... 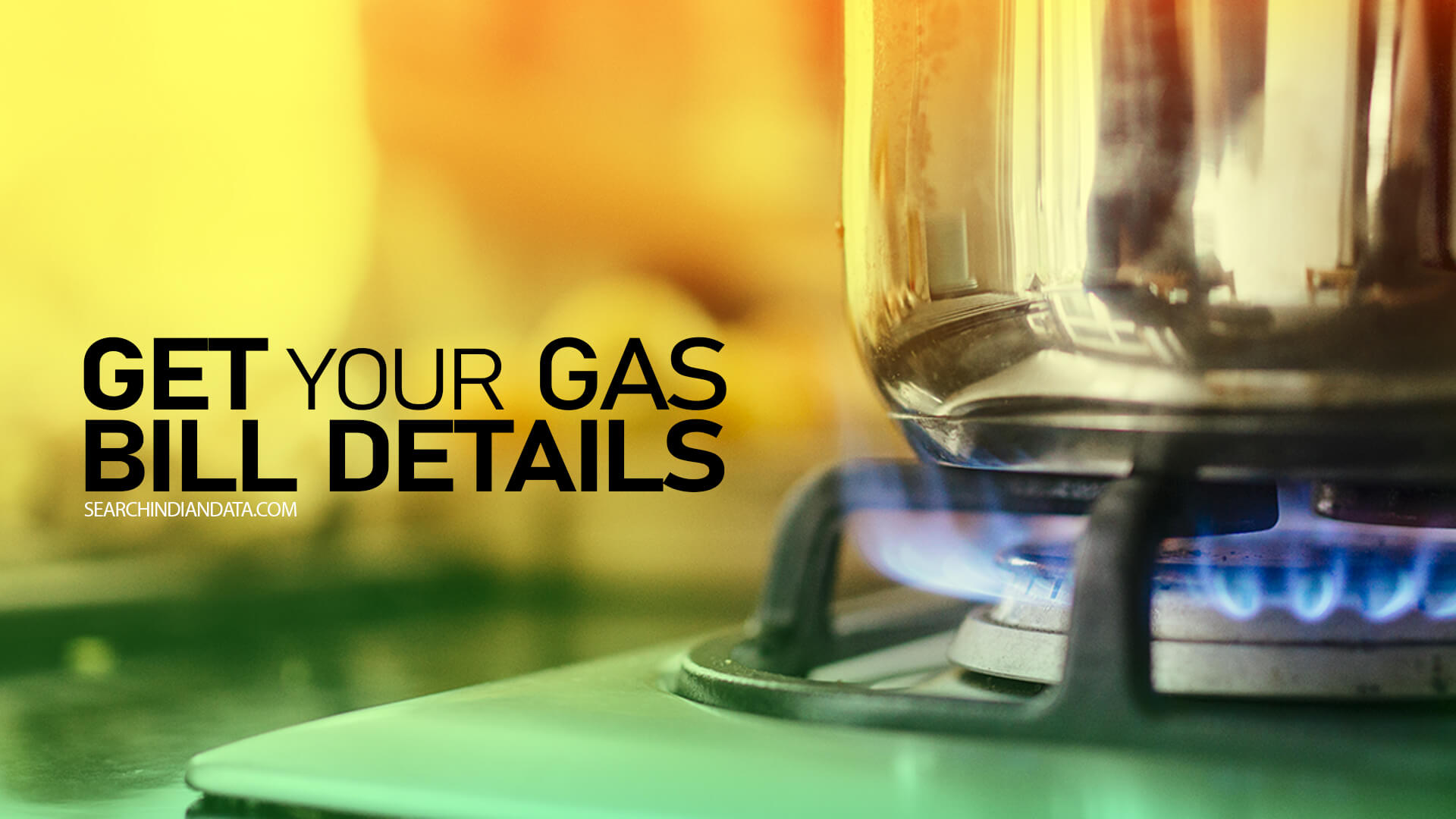 GAS is the basic necessity for anyone using it for residential or commercial purposes in...